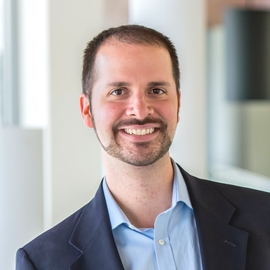 I am an Associate Professor in the Journalism Department at the University of Massachusetts Amherst. My research and teaching interests lie at the intersection of journalism and technology, with a focus on the reconfiguration of journalism in a changing media environment and the development of digital research methods for social scientists.

My research has been published in leading peer-reviewed journals, including New Media & Society, the Journal of Computer-Mediated Communication, the Journal of Broadcasting and Electronic Media, Digital Journalism, and The ANNALS of the American Academy of Political and Social Science. I am a recipient of AEJMC’s Nafziger-White-Salwen Dissertation Award, and have been a finalist for the ICA Gene Burd Dissertation Award and Digital Journalism’s Article Of The Year award. I am a Faculty Associate of UMass’ Computational Social Science Institute and a Faculty Affiliate of its Department of Communication.

My teaching includes both conceptually-oriented and skills-oriented courses, ranging from a broad overview of journalism to data-oriented journalistic practices. I am currently teaching or have recently taught Data-Driven Storytelling, Introduction to Journalism, International Journalism, Content Analysis, and Introduction to Visual Storytelling. I am a former Lilly Teaching Fellow, recipient of UMass’ College Outstanding Teaching Award, and finalist for the University’s Distinguished Teaching Award.

You can also find me on…

Online Harassment and its Implications for the Journalist–Audience Relationship

Amid growing threats to journalists around the world, this study examines the nature of online harassment, the types of journalists most likely to experience it, and the most common forms of response to such abuse. Through a representative survey of U.S. journalists, we find that nearly all journalists experience at least some online harassment but that such harassment is generally infrequent overall and especially in its most severe forms. Nevertheless, online harassment against journalists disproportionately affects women (particularly young women) and those who are more personally visible in the news but not necessarily those who work for larger newsrooms. Moreover, it is clear that the more often a journalist is harassed online, the more likely they are to take a dim view of the audience by seeing them as irrational and unlike themselves, and to perceive interaction with them as less valuable. Additionally, as greater targets of the worst forms of abuse, women face a greater burden in deciding if and how to respond to online harassment. Conceptually, this paper advances the literature on journalists and audiences by extending the concept of reciprocal journalism, which emphasizes individual-level perceptions that shape the quality of person-to-person exchanges. We explore how the experience of online harassment may complicate the way that journalists think about and act toward their audiences, offering a window into the “dark side” of encountering audiences online.

What changes as algorithms proliferate within journalism and become more sophisticated? In this essay, we synthesize the articles in this thematic issue, which offer empirical evidence for how algorithms—and especially those designed to automate news production—are being incorporated not only into journalistic activities but also into the logics of journalism itself. They underscore that journalists have neither feared nor rejected such algorithms, as might be expected given the recent history of technological adoption in journalism. Instead, journalists have sought to normalize the technology by negotiating them against existing values and practices, and perhaps even reified some normative ideological constructs by finding unique value in what they offer as humans. These articles also highlight the shortcomings of those algorithms, giving pause to postulations of algorithms as potential solutions to shortcomings of trust in news and market failures. Indeed, such algorithms may end up amplifying the very biases that seed distrust in news all the while appearing less valuable to readers than their human counterparts. We also point to new opportunities for research, including examinations of how algorithms shape other stages in the journalistic workflow, such as interviewing sources, organizing knowledge, and verifying claims. We further point to the need to investigate higher analytic levels and incorporate additional perspectives, both from more diverse contexts (e.g., Global South) and from our sister academic fields (e.g., human–computer interaction). We conclude with optimism about the continued contributions this stream of work is poised to make in the years to come.

Surveying Journalists in the “New Normal”: Considerations and recommendations

As journalism undergoes widespread changes, it finds itself in a “new normal.” Research seeking to understand these changes by surveying journalists faces new methodological hurdles that span different stages of the survey process. This article identifies the key contemporary challenges when it comes to sampling, instrument design, and distribution. Best research practices in identifying a target population, sampling, selecting or developing measures, and maximizing the likelihood of participation are presented and discussed. Advice is also offered to help peer reviewers identify common shortcomings in surveys of journalists and encourage authors to engage with the limitations of their work.

PDF DOI
You can see all of my publications here.